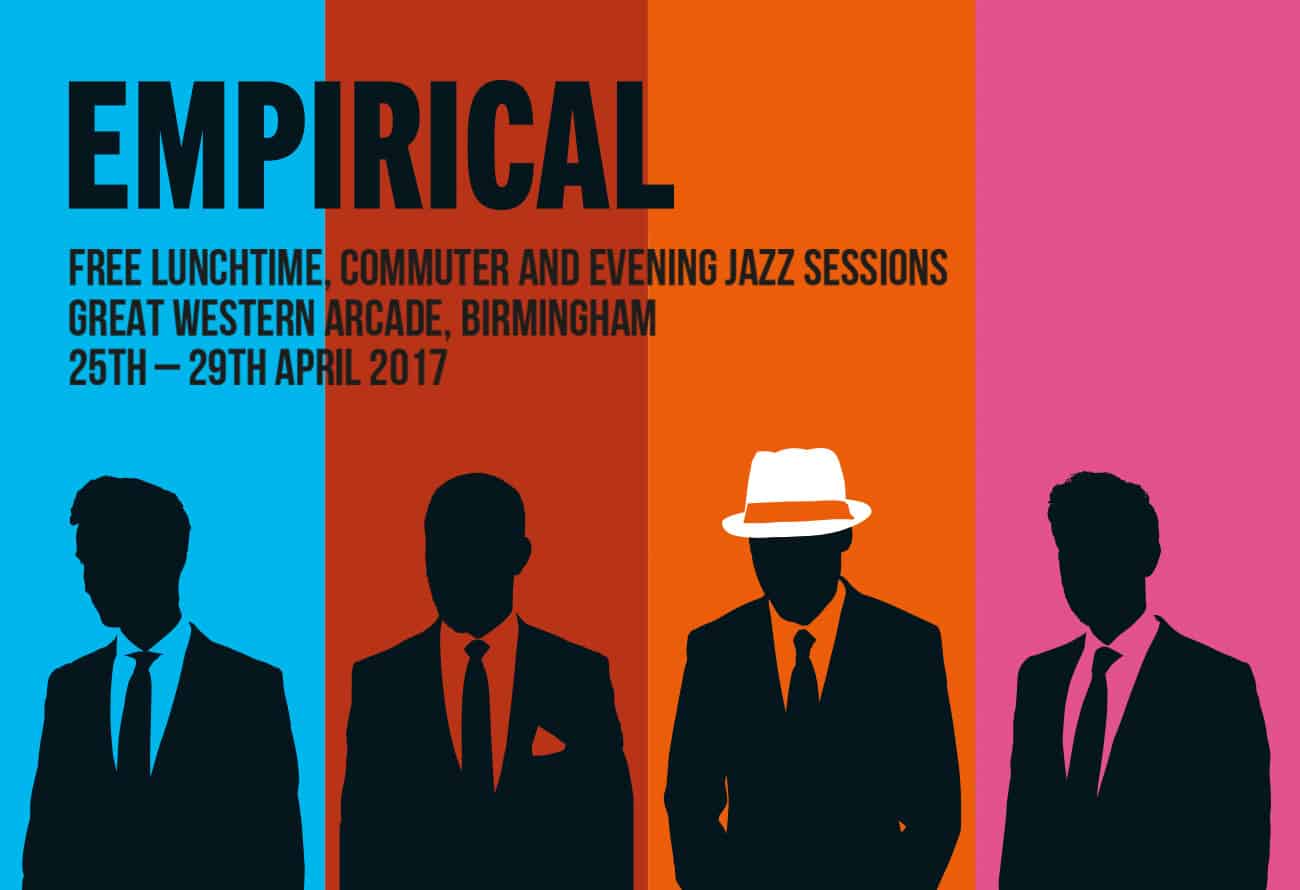 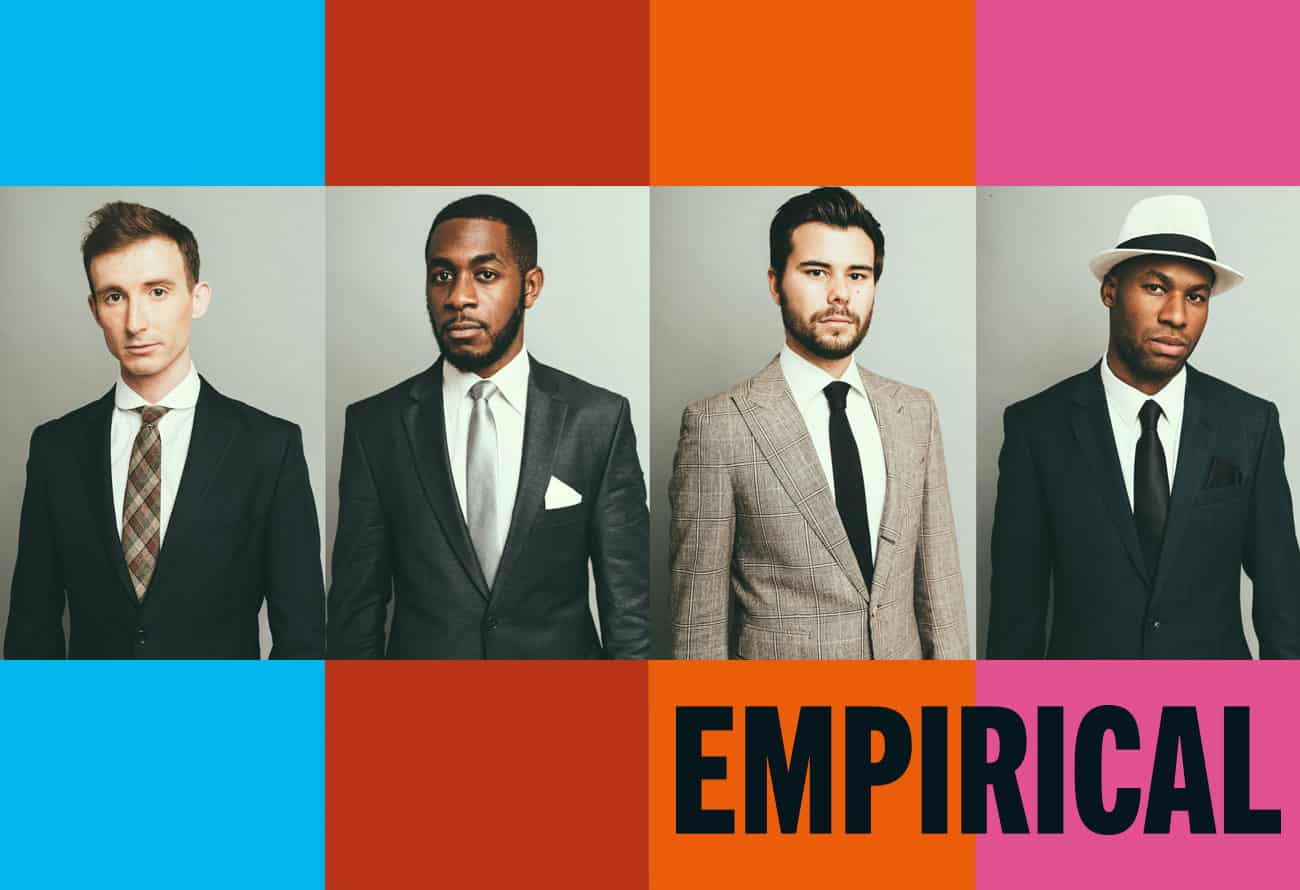 2017, which marks Empirical’s 10th anniversary, will see the band take up temporary residence at Pop-up Lounges in Birmingham, London and Liverpool.

In February 2016, the UK jazz super group took over a retail unit in the centre of Old Street London Underground station and transformed it into a relaxed and inviting jazz lounge. Over a whirlwind six days of playing 24 live sets for unsuspecting commuters, the band recorded over 2,800 visitors to their lounge, the majority of whom hadn’t ever experienced live jazz before.

Having road-tested this radical approach of taking their music directly to people during their daily routines, the musical risk-takers now hope to connect with new audiences across the UK.

From 25th to 29th April 2017, Empirical will make Birmingham their temporary home. Taking over a retail unit in the Great Western Arcade, located at the heart of Birmingham’s Colemore Business district, the band hopes to attract workers, shoppers and commuters using nearby Snow Hill station.

Birmingham residents and visitors will be invited to pop into the lounge for daily lunchtime and evening commuter sets, with evening performances scheduled for Thursday, Friday and Saturday. Early birds will also be able to catch an 8am mid-week session. All gigs will be free of charge. 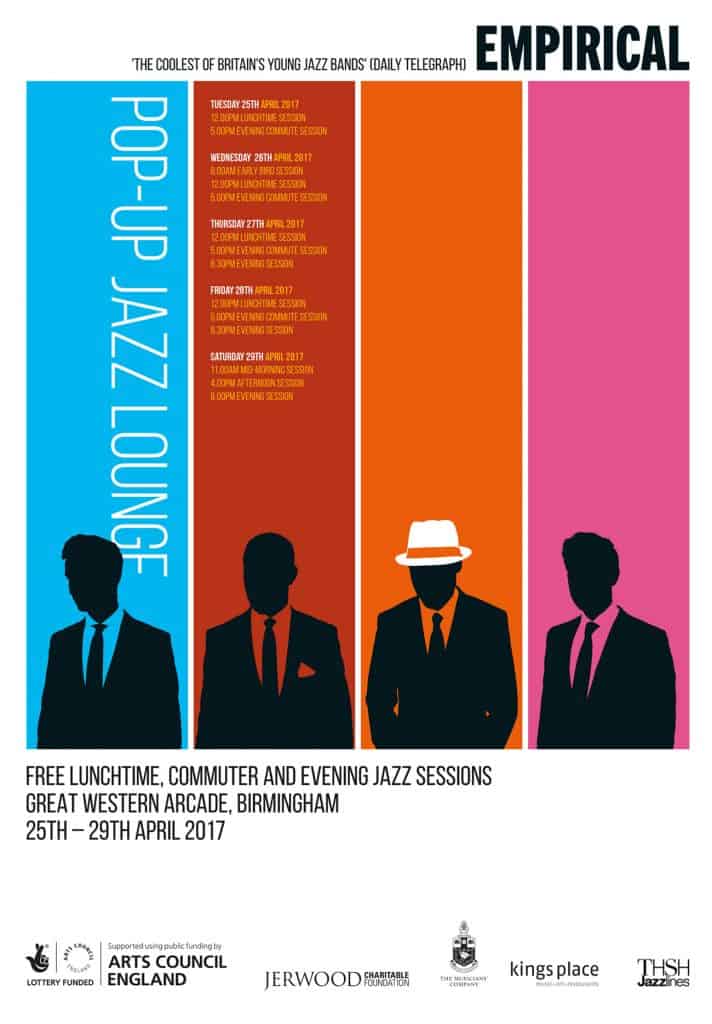 “It was great to see so many new people at our pop-up lounge at Old Street and to see them really engage with the music – it showed that there is an audience for jazz out there, and we can reach them!” comments Tom Farmer, Double Bass. ”So we’re really excited to be able to take our pop-up lounge to Birmingham this April and hope that we’ll get the same enthusiastic reaction from people there.”

To give younger audiences a chance to experience live jazz, Empirical will visit Birmingham schools and host educational workshops demonstrating the principles of jazz improvisation to local youth music ensembles.

The Pop-up Jazz Lounge project is made possible by funding support from Arts Council England, the Jerwood Charitable Foundation, the Worshipful Company of Musicians and is presented in partnership with Birmingham’s Town Hall Symphony Hall Jazzlines programme.

In June, the Pop-up Lounge will return to Old Street Underground station in London, before appearing in Liverpool in September.